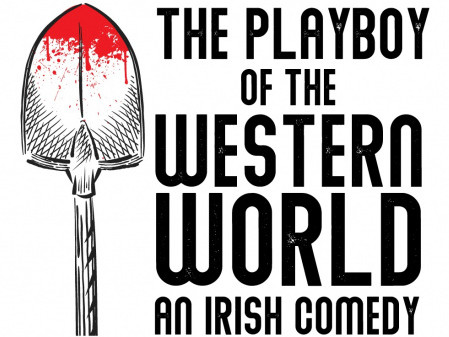 The Playboy of the Western World

An Irish Comedy by J.M. Synge

A daring fellow is the jewel of the world.

The Playboy of the Western World: An Irish Comedy
by J.M. Synge

One night, a scruffy young stranger, Christy Mahon, stumbles into Michael James Flaherty’s public house on the wild coast of County Mayo in Ireland. After much hemming and hawing, Christy eventually claims he is a decent lad on the run after killing his father. Enjoying the bold story, the locals welcome Christy as a hero, and Flaherty’s barmaid daughter Pegeen Mike falls for him, much to the dismay of her betrothed. What will happen when the truth comes out?

Scandalous in its time, the first performance in 1907 led to riots as Irish nationalists viewed the play to be an insult against morality and Ireland.

“(A) timeless comedy…saucy and hilarious” – The New York Times

Equivalent to a PG-13 movie rating

Special Performances
- January 31, 8 pm: Ticket holders are invited to join us after the performance for an opening night celebration!
- February 1, 8 pm: Enhance your experience in 30 minutes or less! As part of our Preshow Lecture Series, join us an hour before this performance to engage with directors, dramaturgs, or special guests as they draw back the curtain and share insights on what you are about to see. Don't worry -- no spoilers here!
- February 8, 2 pm: Art and philanthropy merge in Playing For Others. A portion of all proceeds from this performance will benefit a designated charity.